The gymnast’s mother worked on Minoan Crete, and she loved it the way the gymnast once loved gymnastics. She even dressed like it. Her fresco-patterned sheath was shiny and tomato-red, but she made it look almost elegant — I was suddenly embarrassed about my own black shirtdress, creased from being left in the dryer.

As she sat down next to me, not across from me, in the faculty lounge, the nearly child-sized male figure printed all across her front seemed to flex with the rippling of the fabric, as if he, too, were bending at the waist. She smiled at me and I frowned at him, all bone-coloured and surrounded by other, smaller figures, similar but not identical. They all had his snaky tendrils of hair, but his headdress, shaped like a many-pronged phallus, was all his own.

Later, I’d look her up again, moused through her faculty webpage and downloaded her CV. I found a clip from some popular history show where she talked about him, the fresco. She was wearing a different, but also Minoan-themed, dress and he was blown up on a screen behind her, to the height of an actual man. She stood up out of her armchair and strode towards him, bringing mustard-coloured pumps into the camera’s view, His name, she explained, was the Prince of the Lilies, as she waved a braceleted arm at his head and his hands.

In the faculty lounge, her pale gaze slid sidelong towards me. With the semester a month out from starting, there was no one else in the room. She said, “You know,” and ghosted her fingertips across the bump of bone on my wrist. “I never wanted her to do gymnastics in the first place.”

The gymnast’s math was good, because she liked to calculate her own difficulty scores, the additive arithmetic of flips and leaps and twists that allowed her to be judged superior at negotiating her limbs and torso through the air.

The gymnasts Latin was bad, because there was no such practical use for Virgil. her Greek was nonexistent, her mother admitted, in the tone of someone confessing to a major maternal lapse.

This time, she had her hair wound up in a pea-green scarf, and her ears chimed with champagne-coloured pendants shaped like bees — a motif I recognised, again, vaguely as Minoan. Her mouth was touched with translucent red, and it came off in pale pink clouds on the rim of her macchiato cup. My own coffee sat untouched and steaming. I’d gotten it to go.

I didn’t mention that none of this was relevant to me, as a history teacher who knew no foreign languages but undergraduate French. I assumed that her mother had already tracked down all of her soon-to-be teachers. We were the first ones she’d meet face to face since elementary school, when she started doing all of her studying online. It had been necessary, once, to devote all her time to arcane techniques for adjusting the shape and tension of her limbs, as her body revolved its way improbably through the air. But that additional time hadn’t saved her, and now she had to give it all up — no more strain of momentary flight, not ever. For most of her life, all that had mattered was her aptitude for flips and leaps and twists. Now her mother wanted to share, in case it proved to be helpful, a maternal assessment of her skill at dividing numbers and declining nouns.

Did she meet with all of us, two times per teacher? The first time, to show us the documents from the doctors office, neatly folded into quarters and tucked deep into her purse. Some of her perfume had spilled, somehow, on the side of the paper that was creased deep into itself. When I unfolded it a thick cloud of floral scent, just this side of rot, seemed to saturate the lounge.

I studied the diagram of the gymnasts dislocated kneecap — not hers at all, I guess, but a generic dislocated kneecap that resembled it in all its painful disarticulations. The image was drawn in thick lines of black and shaded grey on white, all except for the blood-coloured lines that showed where the ligaments had been torn, where they would have to be reknit with surgery. As the smell of bruised white lilies filled my throat, I tried and failed to suppress a cough.

Lucia Tang is a writer based in Berkeley, CA, where she studies premodern Chinese history. Her work has appeared in Strange Horizons, Literary Hub, and The Chronicle Review, among other places. Find her on Twitter @lqtang. 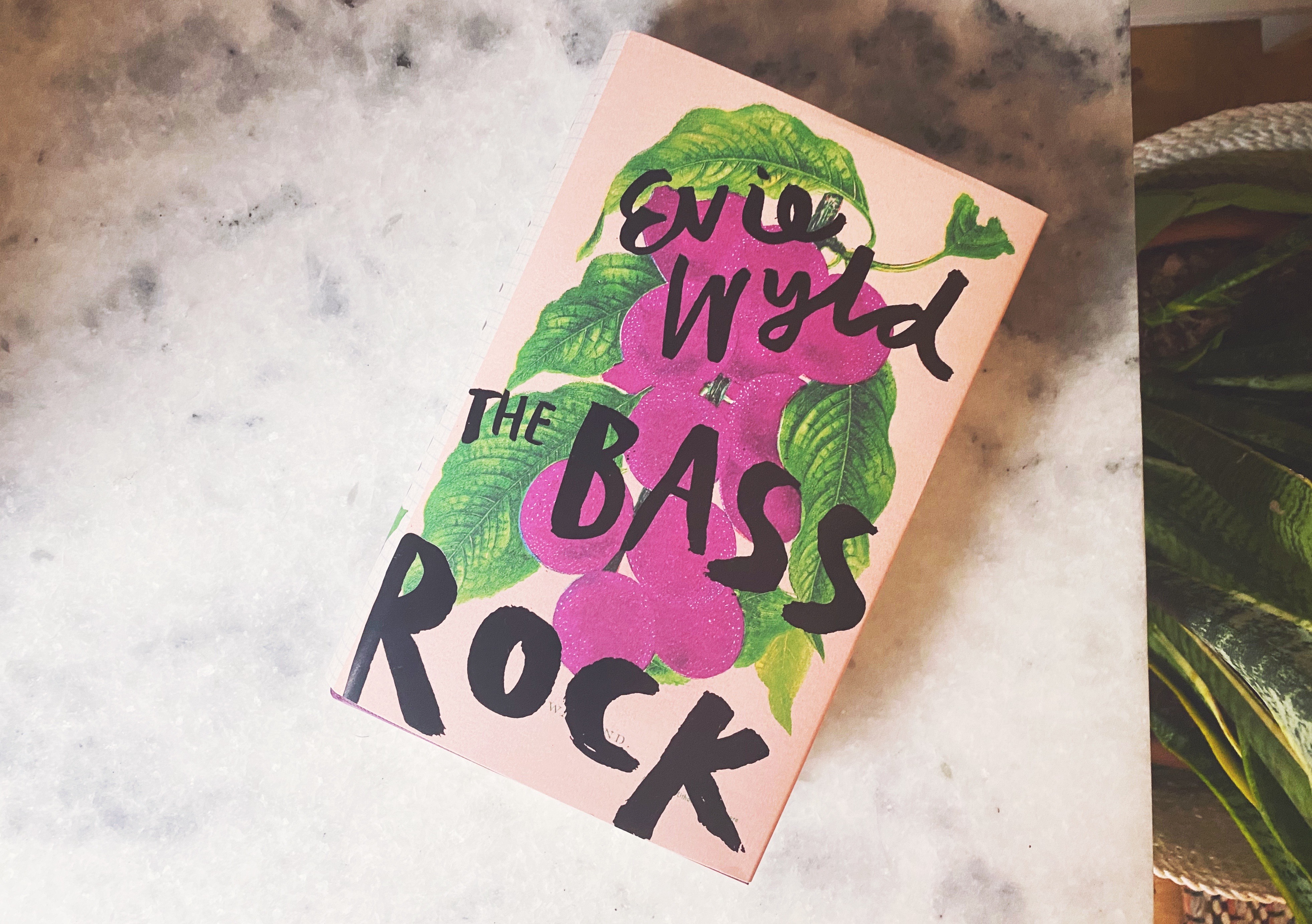 The Bass Rock by Evie Wyld*